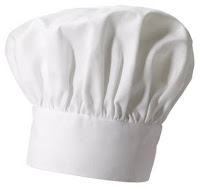 Soups, roasts, holiday cookies: This month's cooking classes are all about comfort foods and holiday fun. Here's a quick look at the highlights:
Before you ask, I didn't forget Frasier's Gourmet Foods. The shop does a metric ton of holiday gift-basket business in December, so the classroom space gets co-opted. Don't worry: Good things are coming next year!
Posted by Ashley at 10:00 AM No comments:

The Eiteljorg's current artist in residence is Kelly Church, a member of the Grand Traverse band of Ottawa Chippewa Indians. Church is a fifth-generation basket weaver, and she's made baskets out of everything from copper to vinyl blinds.

Church is also a birch bark biter ... which is exactly what it sounds like. At a workshop Nov. 27 ($10), she'll demonstrate how to create turtle, butterfly and dragonfly designs on the bark, and then let you try it for yourself. She'll also discuss the history of birch biting and some background about her tribe. (Ladies and gentlemen, presenting a strong contender for the annual Strangest Class Topic award.)

Have you signed up yet for Conner Prairie by Candlelight? It runs the first three weekends in December, and it is -- hands down -- my favorite holiday activity in Indianapolis. Even better, it's educational! To order tickets ($12), check the Web site or call (317) 776-6006.
Posted by Ashley at 8:00 AM No comments:

Back to School: Spring Schedule

Target and Macy's may be ready for Christmas, but here at That'll Teach Me we're in back-to-school mode. Yes, dear readers, it's time to sign up for spring classes!

First out of the gate, as always, is the Indianapolis Art Center, where registration begins Dec. 2. My first impression of the schedule: It's the usual mix of great classes in a wide variety of media, with a few new topics thrown in to keep things interesting.

A few other new options this spring:
The Friday night "Clay & Cocktails" classes will be held Feb. 26, March 26 and April 16. If you're interested, sign up soon, as these have a tendency to sell out.

My only disappointment this season is the absence of a weekend PMC (precious metal clay) workshop; I like to take one every now and then to refresh my skills -- especially since I've finally decided to set up a home PMC studio. (That reminds me: If you're buying me a Christmas present, I really need a kiln. And a tumbler. And some burnishers. And ...)
Posted by Ashley at 1:30 PM No comments:

Lately, the classes in which I enroll are more likely to be canceled than to actually run. Folks aren't signing up for classes these days; when they do, they often have to cancel because of H1N1 or other illnesses.

So, I wasn't surprised a few weeks ago to get an e-mail from Nancy Ciskowski, director of IUPUI Community Learning Network's continuing education program, informing me that a class I planned to take was in danger of being canceled. (Several people had backed out at the last minute.)

The Immersion Spanish Institute runs for a full week, 9 a.m. to 4 p.m., Monday through Friday. Obviously, some students make special arrangements or take vacation time in order to attend. It's not the kind of class you want to cancel at the last minute.

Fortunately, Nancy didn't want to cancel the class. Instead, she suggested a revised schedule: meeting from 9 a.m. to 3:20 p.m. for four days. We'd still get through the material, she said, because the conversation practice wouldn't take as long with fewer students. She gave us a choice: accept the revised schedule, or get a full refund and take the class later.

All three of us accepted the revised schedule, and the class proceeded just as Nancy had promised. We got through all of the material, had a great sense of camaraderie and learned a lot. By the end of the week, I was actually thinking in Spanish (to the chagrin of the students in my evening English classes).

I've already enrolled in the level-three class, so obviously I found the experience worthwhile. More than that, however, I appreciated IUPUI's flexibility. All of us had our reasons for wanting to learn Spanish now rather than later, and I'm grateful that Nancy understands -- and respects -- the needs of her students.
Posted by Ashley at 8:25 PM No comments:

The That'll Teach Me blog is moving! We now have our very own Web address, www.thatllteachme.com. If you subscribe via e-mail or an RSS reader, no worries. You'll automatically be switched to the new address.
Posted by Ashley at 5:26 PM No comments:

In January, I'm headed to Peru for three months, where I'll be teaching English with Projects Abroad. Naturally, I have quite a few things on my to-do list: getting vaccinations, booking my flights and -- perhaps most important -- dusting off my Spanish skills.

This week, I'm participating in the Immersion Spanish Institute offered by the IUPUI Community Learning Network. Each of the three levels offers a full week of intense, Spanish-only language instruction, with lots of conversation practice along the way.

Because I took Spanish in high school and college, I signed up for level two. I was nervous about that decision, but it was definitely the right choice. We focused today on common present-tense verbs, both regular and irregular, and learned a metric ton of vocabulary. (I see flashcards in my future.) But the instructor was easy to understand, and we had plenty of opportunities to practice using the vocabulary.

After day one, my impression is overwhelmingly positive. I expected to feel burnt out after a full day of Spanish immersion, but the day flew by. I'm eager to go back tomorrow and to keep practicing what I've learned. Que sorpresa!
Posted by Ashley at 4:26 PM No comments: